10 Essential Things To Do And See In Bangkok

Bangkok is naturally fashioned to suit the backpacker or solo budget traveler. Inexpensive, fascinating and rich in culture, it’s no wonder Bangkok is one of the top 10 worldwide tourist destinations. After narrowing it down we have chosen what we think are the ten essential things to do and see while visiting Bangkok for the first time.

Khao San Road has always been featured in movies and literature, including films such as “The Beach,” which is based on Alex Garland’s popular novel of the same title—starring Leonardo di Caprio. Located in central Bangkok, this “backpacker ghetto” is a lively, pulsating, energetic street filled with pubs, restaurants, [eafl id=6434 name=”Koh San Road Bangkok” text=”low cost accommodation in Bangkok”] bookshops, massage and tattoo parlors, travel agencies, Internet Cafes and a variety of marketplaces. Renowned for its fantastic party atmosphere, Khao San Road is an essential visit.

Prepare to be stunned by the scenic views as you cruise down the Chao Praya River. Most of Bangkok’s main attractions will be visible, including the Grand Palace. We recommend that the cruise is taken at dusk where you can see the golden light bouncing off the surrounding temples. You can take the Chao Praya Tourist Boat and cruise from pier to pier, which gives full access to Bangkok’s popular tourist spots. Tourists are also allowed to get on and off to explore sites on foot.

Siam Square is Bangkok’s equivalent to Fifth Avenue or SoHo and is considered the epicenter of all things hip and trendy. You don’t even have to buy anything—we recommend those on a budget to take a stroll through Rama 1 Road down to the Chulalongkorn University campus, or from Phayathai Road over to Henri Dunant. There is a wide range of shops, restaurants, cafes, boutiques that we would recommend while visiting Bangkok’s shopping and entertainment center.

The ancient city of Ayutthaya, which was once the prosperous capital of the Kingdom of Siam, is now a UNESCO heritage site—a complex of old temple ruins, the palace remains, Buddhas, monasteries, statues, and stupas. We would recommend this for any day-trip excursion. You can also rent a bicycle or motorbike and tour on your own through the historical park. Famous temples to stop at include: Wat Phra Si Sanphet, Viharn Phra Mongkol Bopit, Wat Phra Mahathat, Wat Ratchaburana, Wat Thammikarat, Wat Phra Ram and Wat Thammikarat. You can also visit the Ayutthaya Historical Study Center, Baan Hollanda Museum, or the Chao Sam Phraya National Museum.

Grand Palace and the Emerald Buddha

You can’t leave Bangkok without seeing the Grand Palace and the Emerald Buddha! The Grand Palace, located in the heart of Bangkok, was once part of the former royal residence of the kings of Siam since 1782 and is now being used for royal affairs, ceremonies and state banquets. This popular attraction allows you to explore the palace grounds and its surrounding historical buildings and offices, which include the Royal Institute of Thailand. Then proceed to Wat Phra Kaew to get an up-close look at the famous and deeply revered Emerald Buddha, which is made entirely from Jade stone.

Also known as the “Museum of Dead,” the Siriraj Medical Museum is a must-see if you’re into bizarre, yet cool artifacts. There is a lot to explore between the five medical museums: The Ellis the Pathological Museum; Congdon Anatomical Museum; Sood Sangvichien Prehistoric Museum and Laboratory; Parasitology Museum; and the Songkran Niyomsane Forensic Medicine Museum. The museum also serves as a source of reference for doctors and medical students. Check out the fascinating displays of the human body and its oddities, while also learning about the history of Siriraj Hospital.

This man-made squarish island was constructed in 1722 right in the center of the Chao Phraya River where Mon, an indigenous minority, resided. On the island, some must-visits include the Rama V Museum, Wat Phai Lom Tempe, the highly notable Mon-styled temple Wat Poramaiyikawat and the Kwan Aman Pottery. You can also admire the charming Dessert Village, feed the fish in Tambon Om Kret, shop for agricultural goods at Wat Chim Phli Pier and then witness potters practice their craft at the Assembly of Pottery Craft.

If you are willing to shell out a little bit more money for an awesome lunch out we recommend eating at the Bangkok Sky Resturant where you can dine for around 600 baht. Indulge in their seafood international buffet on the 76th and 84th floor, and indulge in as much lobster, prawns, Thai treats and many more dishes as you can. Once you’re done,  go up the observation deck at 77th floor, or at the 84th floor’s revolving roof deck and take in the breathtaking view of the colorful city down below. Dinner is around ฿980.

Experience the canal life in the small, yet charming village of Amphawa where King Rama II was born. There is an afternoon floating market that sells souvenirs, clothing, goods and delicious seafood. You can even take a boat ride through the canals which is a very popular tourist activity. The historic village has retained its original old wooden houses and stores. Explore the village by foot and visit the walkways filled with many shops and restaurants!

The Ancient City—“Muang Boran” has the largest open museum in the world, and is located in Samut Prakan Province. The 320-acre Thailand-shaped city is a recreation of the country’s past. Explore over 100 monuments, reproductions of temples, stupas, sanctuaries, traditional houses and even a mountain! You can also witness Thais wearing historical garbs while living life as it were in the past. Entrance fee is 50 baht per person and includes a bike, so you can easily explore the huge outdoor museum and get initiated into Thailand’s rich history.

We only recommend writers and blogs that we read regularly and believe will deliver substantial value to our readers that may be considering visiting Bangkok. The following is our top picks of current articles we think are worth reading on Bangkok. 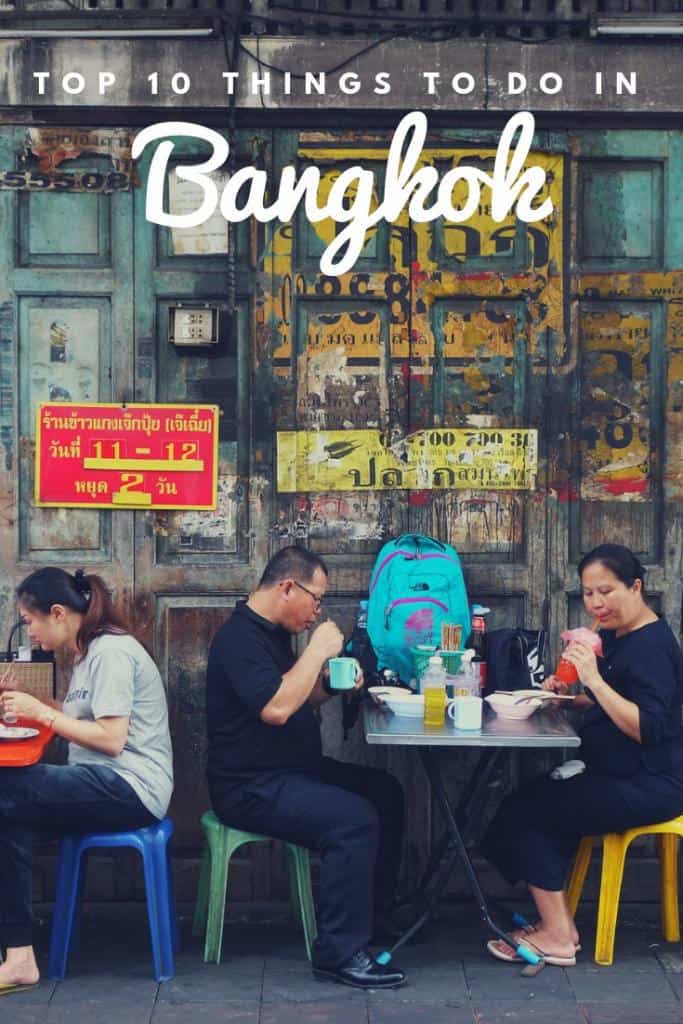