When traveling to another country, it’s always a good idea to learn a bit of the language. Most Cambodians in Phnom Penh, Siem Reap, Kampot, and Koh Rong Samloem speak at least a bit of English, but that doesn’t mean you should always revert to your native tongue. Attempting to speak the language will show the locals that you appreciate their culture and will mostly likely evoke plenty of smiles and laughs. We know it’s overwhelming learning so many different languages while traveling around Southeast Asia, so we’ve translated the most useful phrases from English to Khmer. So take a few minutes to learn a bit of Cambodian (or bookmark for later use!) so you’re ready to order a beer or direct a tuk-tuk once you’ve landed in the Kingdom of Wonder.

English to Khmer:
A Few Tips

The official language of Cambodia is called Khmer, pronounced “Khe-my”. Even though the Khmer script might look like hieroglyphics, the language is relatively easy to pick up because there aren’t a ton of grammar rules or tones. There are many different ways to say these phrases (depending on who you’re talking to), so these will be mostly informal expressions that are most commonly used. As in any language, adding “please” will make whatever you’re saying more polite!

Because you probably don’t have time to learn the Khmer script, we’ve written the translations out phonetically.
Words written with…

English to Khmer:
The Basics

Want a few more Khmer tips?
Then watch this video!

Did this article get you excited to learn Khmer? If you’re heading to Cambodia soon or already here, check out these articles and you’ll be speaking basic Khmer in no time! 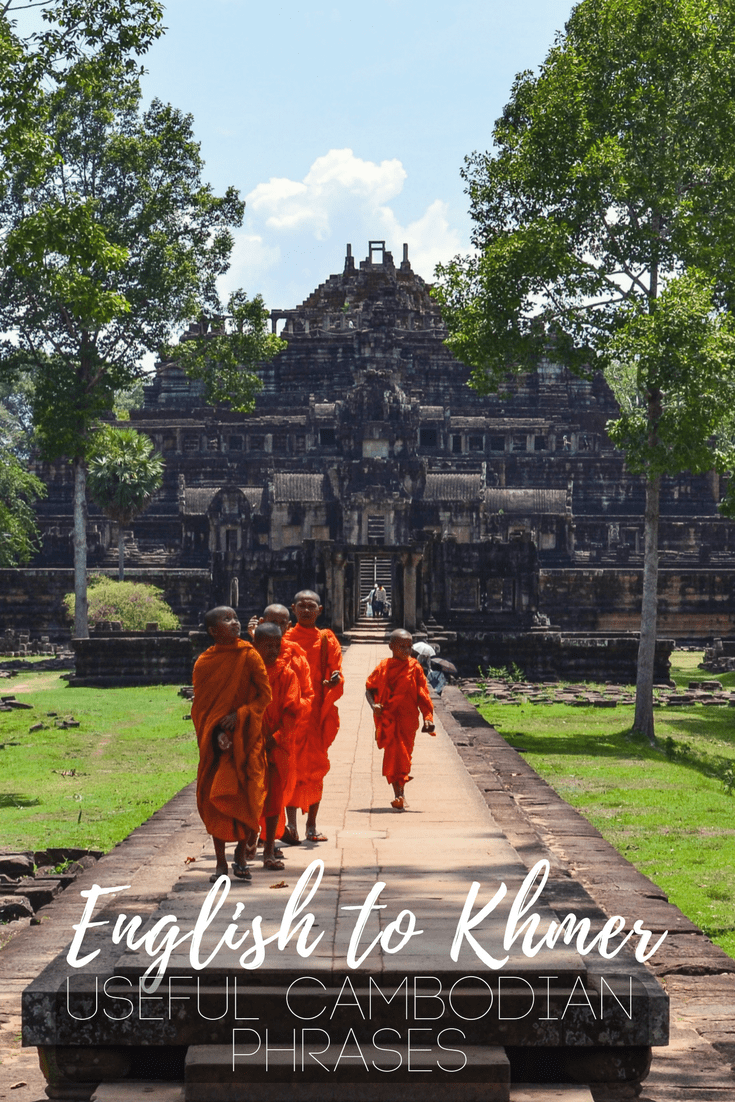