Best Backpacker Transport Routes 2018: From Kampot to Phnom Penh & Beyond

Venturing from Kampot to Phnom Penh & beyond? You’ve come to the right place.
First and foremost, Kampot can be a very hard destination for any traveler to turn their back on…

However, when the day finally arrives, there are a number of new destinations and transport routes to choose from. Including one of the most common journeys: from Kampot to Phnom Penh.
In this travel care package, we will be running you through the best transport options when traveling onwards from Kampot to Phnom Penh.
Not only that…
We’ll also hook you up with the best routes to the other potential Cambodian destinations that could be next on your itinerary – Sihanoukville, Kep, & Siem Reap.
Buckle up…
Book Your Ticket Online 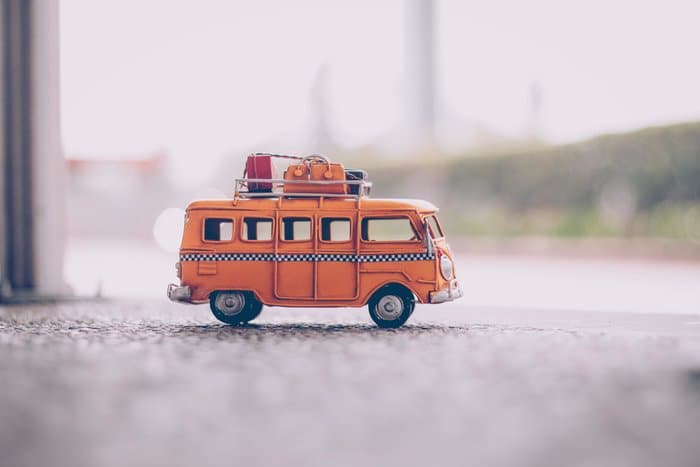 Best Backpacker Transport Routes: From Kampot to Phnom Penh & Beyond

We’ll be providing you with an array of options, including the cheapest, quickest, and the most logical transport routes. So piece together your perfect transport puzzle based on your itinerary and budget.
That being said…
If none of these options suite you, feel free to rent a set of very durable roller-skates or invest some time in trying to invent a teleportation device. If the latter happens, welcome to the big leagues.
Enough nonsense, let’s get down to the nitty gritty.
First and foremost, I’m going to hook you up with the best transport options for getting to the capital.
From Kampot to Phnom Penh we go… 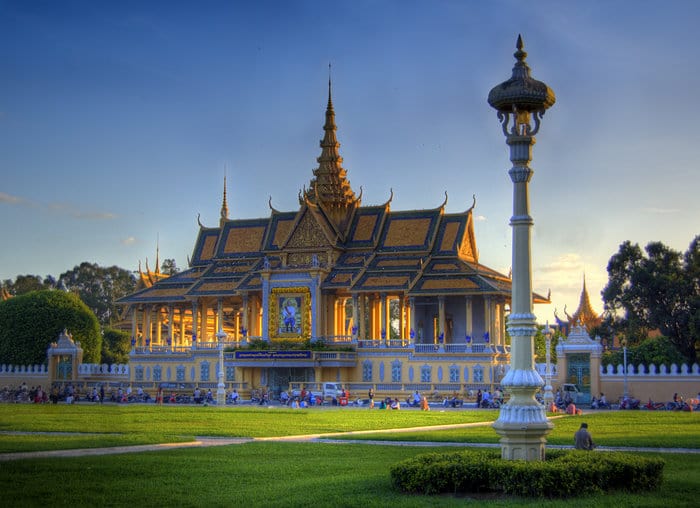 Heading up to the capital city are we?
For your own sake, we’re going to forbid you from getting the bus. Although it’s the cheapest option at $5, nearly all the buses will stop off in Kep on the way, which can make the journey time more than five hours.
Five hours needlessly sweating it out on a bus? We’ll pass…

The old trusty mini-bus is called upon once again. We’re going to give a shout out to the Giant Ibis Mini Bus company. They place a huge priority on safety and are a very reliable transport option.
They run 21-seater mini-buses that depart from Kampot to Phnom Penh twice a day. The journey takes about two and a half hours, and usually costs $9.
Giant Ibis departure timetable:
Kampot to Phnom Penh: 8:30am, 2:45pm
Giant Ibis office address:
37, Street 7 Makara, Behind Sokimex Gas Station, Kampot – VIEW MAP

Of course, there are also shared taxis that run from Kampot to Phnom Penh.
The good news…
The journey only costs around $5.
The bad news…
Taxi drivers tend to wait until they’ve packed their vehicle to the brim; prepare yourselves for a mobile traveler sardine can.
Who knows, maybe you like getting all up in that stanky vibe!
Once you’ve arrived safe and sound in Phnom Penh, pop over and say aloha to us at Mad Monkey Hostel Phnom Penh.

If you’ve already ticked off Phnom Penh from your Cambodian itinerary, then next up on your hit list could be a lovely trip down the coast to the beach-side party town, Sihanoukville.
There are two public transport options that will cruise you on down to party paradise… 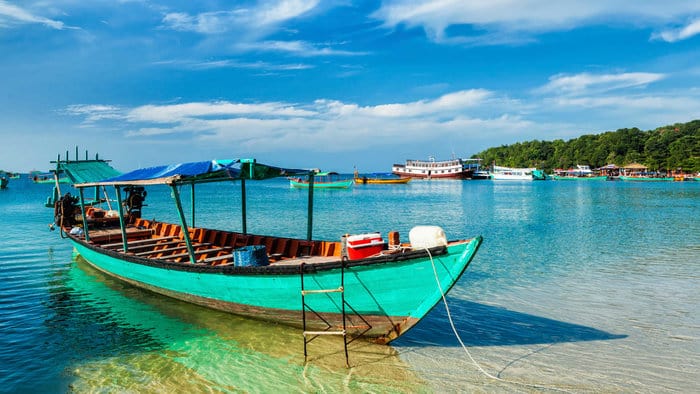 There are no proper buses that do the Kampot to Sihanoukville run, however the gap in the market has given birth to a number of Mini Bus companies that are carting backpackers along the coast.
The one we would recommend going with is Kampot Tours and Travel. The trip takes about 2 hours and the company also offers free pick-up from your hostel. The journey should cost $5 and tickets can be booked at your hostel or the Kampot Tours office.
Kampot Tours and Travel departure timetable:
Kampot to Sihanoukville: 8am, 3:30pm
Tours and Travel office address:
One block off the riverside, near Kronat Park, Kampot
Again, be sure to confirm the departure times before you set off.

Alternatively, if you’ve got 3 or 4 travel buddies heading from Kampot to Sihanoukville with you, a very easy option is to just jump in a taxi.
The journey is about 2 hours. The fare should not be any more than $30, which would be more than fair for the driver. The taxis tend to accommodate up to 4 people, however due to lack of trunk space you may well end up with a backpack on your lap if there are 4 of you.
If the four-seater isn’t cutting the mustard for you, then get a tuk-tuk over to Kampot bus station and see if you can hook up a shared taxi. These shared taxis cost $5 per person and tend to carry 6 or 7 passengers.

Kep is certainly worth a lovely day trip from Kampot but is pretty lifeless when night falls.
You have a number of transport options when it’s time to embark on the journey from Kampot to Kep…

There’s nothing like pinging along the open Cambodian road on a scooter. Experience the sun beating down on you, the wind rushing through your hair, and a whole load of very debatable Cambodian road etiquette.
Scooters can be rented for between $4 and $7 a day all around Kampot, and give you ultimate freedom to go where (and when) you want.
The drive from Kampot to Kep takes about 45 minutes along the motorway. Drivers in Cambodia aren’t known for being the most vigilant behind the wheel, so be sure to keep your wits about you and keep the helmet locked on.
Also be sure to have some cash on hand so you can top up with petrol as these two-wheeled cruisers tend to burn through it pretty quickly.
If you’re not up to taking on the scooter ride, there are plenty of other options.
The most exotic of which is…

The most scenic option from Kampot to Kep is undoubtedly the boat. All aboard the Crab Shuttle!
The boat departs daily (weather permitting) and costs $9.50 one-way and $13.50 return.
You can buy drinks on the boat to loosen yourself up for whatever action awaits you when you arrive in Kep.
The boat timetable is perfect if you want to spend the day in Kep. The Crab Shuttle departs Kampot at 9:30am, arriving in Kep at around 11:30am. You’ll then have 4 hours to explore the beaches and seafood markets of the sleepy coastal town.
If you want to be sure to catch Crabs on the return, be back at Rabbit Island pier for the 3:30pm departure back to Kampot. The driver tends to cruise back slightly slower so that you can catch the flawless sunset glistening against the river.

This is definitely a cheaper and more authentic transport option compared to just jumping in a taxi. A one-way trip from Kampot to Kep should cost around $12 for two people, whereas the taxi journey tends to be upwards of $20.
If you’re just chilling in Kep for a few hours, your tuk-tuk driver will also be happy to park up and have a power nap for a few extra dollars.
If you’re still struggling for transport inspiration from Kampot to Kep, the cheapest option is…

Rith Travel has two buses that drive from Kampot to Kep every day. Tickets are only $4 and journey time is about 45 minutes.
Rith Travel departure timetable:
Kampot to Kep: 10am, 2pm
Kep to Kampot: 7:30am, 11am, 3pm
These times are subject to changes so please check before you confirm.

This is a long long journey, so would recommend breaking it up with a stint in Phnom Penh on the way.
However if time isn’t on your side, it’s time to haul ass from Kampot to Siem Reap… 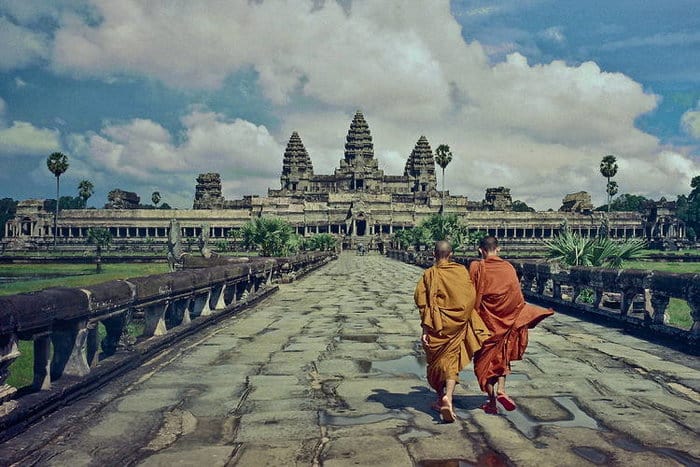 Have a nice lie in, because you’ve got quite a journey ahead of you to get all the way from Kampot to Siem Reap. It’s going to involve a mini-bus to Phnom Penh before transferring on to a bus to bring you on home to Siem Reap.
Get yourself booked in for the Giant Ibis mini-bus that departs Kampot at 2:45pm ($9). The mini-bus should pull up to Phnom Penh just before 6pm.
At this stage, if I were you, I would go grab a nice dinner somewhere in Phnom Penh before jumping on the Giant Ibis bus that departs Phnom Penh to Siem Reap at 11:30pm. A ticket for this bus will cost around $15.
Journey time is about 6 hours so you’ll be pulling into Siem Reap just before 6am.
Now it’s time to come sink a few celebratory beerios at the Mad Monkey Hostel Siem Reap‘s rooftop beach bar…

From Kampot to Phnom Penh & Beyond – How Did We Do?