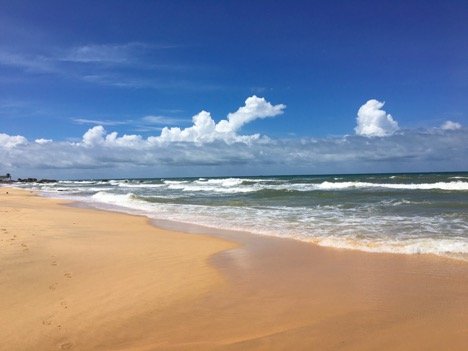 The ride was epic and so memorable, which made the amazing and isolated beaches of Phu Quoc just that much more rewarding.

My 110cc Honda Win was in nearly perfect condition… that’s compared to the other Honda Win’s on the road in Vietnam. Most are complete crap and have been dragged from Hanoi to Saigon and back again hundreds of times. They’re passed from tourist to tourist and ridden into the ground on Vietnam’s ill-maintained back roads.

Those of us who are smart realize that getting a rickety old motorcycle 2,000 kilometers through incredibly diverse terrain requires a little more than the traditional motorcycle garb sported by the locals in Vietnam. If you’re on a longer-distance haul, you can ride through the world’s most congested rush hour traffic in the morning and find yourself navigating dirt roads and gravel paths through a jungle before lunchtime. 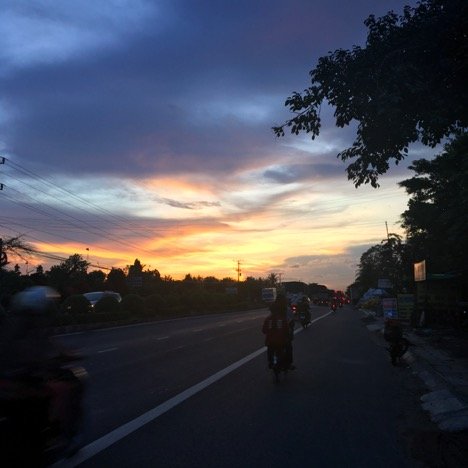 A beautiful sunset view from Vietnam’s main coastal highway just outside of Ho Chi Minh City. Quiet moments waiting for mechanics to work their troubleshooting magic often leave you with views like this and some new Vietnamese friends, eager to either practice their English or share some rice wine and good laughs.

If you’re considering riding in Vietnam (on an actual motorcycle, not a dinky old Honda Win like I did), get kitted out with a pair of solid motorcycle boots, a fully tuned bike, and a helmet up to Western safety standards.

Depending on your ratio of pavement-to-dirt riding, the serious motorcyclist (a rarity in Vietnam) might even consider slapping on some dual sport tires to more easily eat up Vietnam’s varied terrain.

Sounds expensive, right? In a place where you can get dinner for less than a dollar, things that would be prohibitive back home are well within the reach of the everyday motorcyclist. 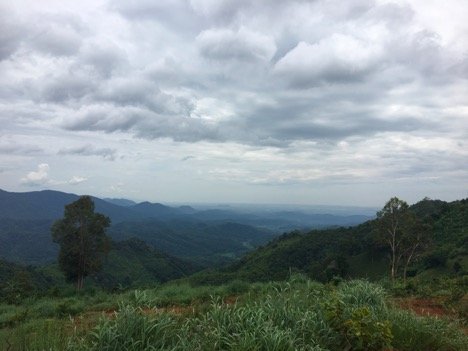 Drive northwest of the city and you’ll find yourself on mountain roads with incredible, panoramic views. Here you’re very far away from the onslaught of two-wheelers in Ho Chi Minh City.

In the two months I spent cruising down the coastline of Vietnam I made occasional pit stops at inland natural hotspots like Da Lat and Cat Tien National Park. I heard over and over again, though, that Phu Quoc Island was the best beach spot in all of Vietnam. People told me that it’s one of the most beautiful destinations in the world and I must visit.

The ride down from Ho Chi Minh City to Ha Tien was eventful. I should have suspected then that getting to Phu Quoc wasn’t going to be as easy as Google Maps made it seem. The terrain was rough, the rocks were sharp, and my little Honda Win couldn’t take the heat.

Finally I found myself on Phu Quoc island. An easy 30 minutes was all it was supposed to take to get to my hostel. This would have been nothing compared to the hundreds of miles and nearly 12-hour days I was used to putting in.

Then something very typically Vietnamese happened. Roadwork. And lots of it.

The first 10 kilometers of the perfect highway Google Maps had promised simply did not exist. In its stead was, in alternating segments, beach sand, slippery clay, and shin-high muddy flood waters. 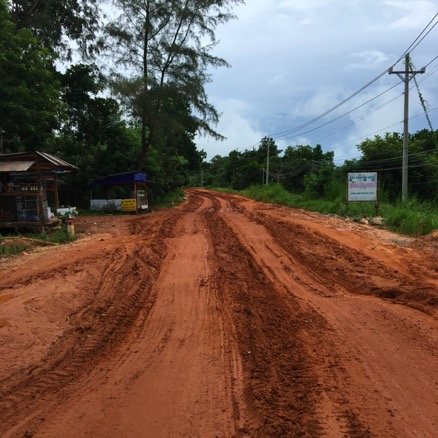 The best part of the road leading from the ferry dock in the northeast to the stretch of hostels in the southwest of Phu Quoc Island. It is all sand, clay, mud, sweat, blood, and gasoline from here!

The 50-odd lorries that were parked along the highway were all at a standstill, with the drivers asleep behind their wheels. Everyone was waiting for the waters to recede and the roads to become passable.

What should have been the easiest ride of my two-month journey had turned into an absolute nightmare. My all black bike was primed to sell for top dollar in Saigon (about $250 USD). That probably wouldn’t be the base after it got completely destroyed by this road, though! After the first kilometer of almost-crashes, I had to ditch my shoes because they were only getting sucked into the mud.

I was covered in engine grease, gasoline, blood, sweat, and mud. I was about 25% sure my engine and gears couldn’t take more than another half kilometer on that disastrous road. 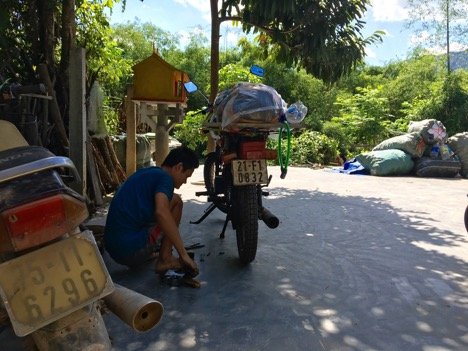 Every time someone passed me in one direction or the other, I desperately waved them down. I would frantically sign something along the lines of “road crazy, when is it flat?” by picking up mud and looking at it angrily, then demonstrating a smooth surface.

About one hour in I was carefully riding in second gear in a four-inch tire wide tread left by a construction truck. Out of nowhere, I hit a raised line of clay formed by another motorbike that had passed through before me. My front wheel skidded to the right as the bike’s momentum carried it straight. Into the mud I went: backpack, front brake, and all.

An elderly lady stopped her fruit cart, waded through the mud and helped me right my bike… which immediately toppled back over to the left. My belongings and myself were thoroughly covered in clay. My ego was a little bruised, and my energy levels were completely depleted. I kept going, hoping that the highway Google had promised would magically appear.

A few minutes down the path, after and another game of charades, a Vietnamese man replied in perfect English, “the paved road begins 2 kilometers from here”.

And he was right.

Yet another kickass day of riding around this amazing country’s roads and meeting their equally amazing people. 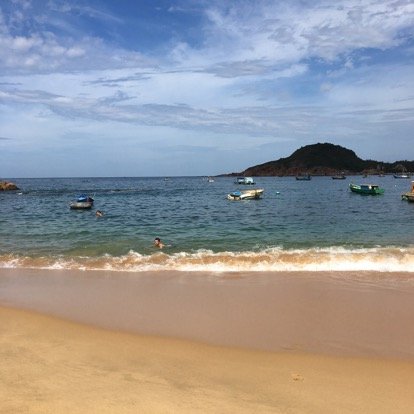 Over the past 10 years, Lucas Knight has been a motorcycle rider. He has built up an incredible passion for travelling by motorbike and always wishes to contribute to motorcyclist community. This is the reason why he created MotorManner.com where his passion is turned into useful and interesting information to the motorcycle lover. Visit his blog to read more articles about motorcycle traveling gear reviews and helpful tips!