Battling Disability and Winning in Cambodia

Veasna is among a small percentage of the Cambodian population that lives with a disability, this is his story…

Many like Veasna, who suffer from an intellectual disability have found it hard, if not impossible, to gain access to any form of education—until now.
As a result they are often left unemployed because of their disability, and in some cases potential employers will deny them access to work despite their desire and willingness to work in the community, this is his story….
.

Et Action, a Cambodian NGO Aide, and the Rabbit School Organization, a school for kids with intellectual disabilities in Phnom Penh, work tirelessly to provide access to a quality education.
Both organizations work with potential employers to help educate those in the workforce about the talent and value people with disabilities can bring in the workplace.
Veasna had the opportunity to find a job at The Mad Monkey—one of the best hostels in Phnom Penh— after having attended vocational training where he worked along side people without a disability.

Work and vocational placements for those with disabilities

Veasna now works as one of the managers in the laundry department at The Mad Monkey.
“I am responsible for washing the customers clothes and the bed covers, drying and ironing the sheets and brining them to the clients rooms,” Veasna said. “I like this job very much.”
Veasna has now become a good team member and part of the Mad Monkey family.
“At first I though that working with Veasna was going to be difficult, but later on after I had taught and advised him, he was able to follow me,” said Ms. Kunthea, head of laundry at The Mad Monkey. 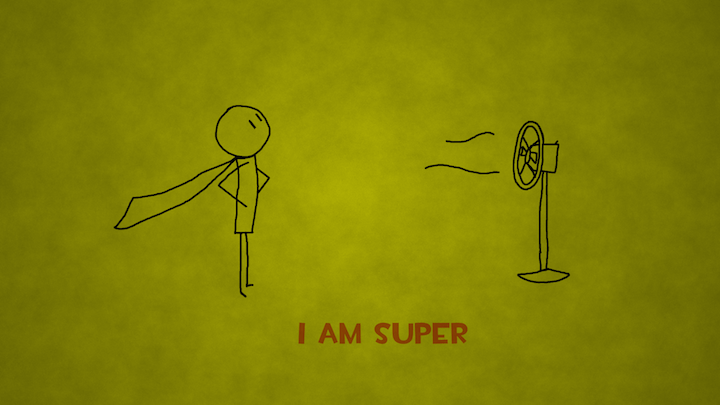 When Veasna realized that he could do many things independently, he quickly began to gain self-confidence, and said it was important for him to get his first job at The Mad Monkey.
The support and encouragement from the Rabbit School and Veasna’s family has allowed him to develop skills at a faster rate.
Their expectations and trust fostered Veasna’s independence and self-sufficiency. Now he can live his life and be independent just like everyone else.
“We [had a discussion] with Veasna’s parents and explained that he could attend the vocational training program that we have implemented at the Rabbit School,” said Mr. Vuthy, head of The Rabbit School Organization. “We then found him a placement at The Mad Monkey Hostel, and now we can see that Veasna works very well, and has become a permanent and valuable member of the team.”
“We employ people with disabilities because we believe that they have the same rights and ability to work as everyone else,” said Mrs. Raksmey, General Manager at The Mad Monkey.
This is part of The Mad Monkey core values.
While Veasna had some problems when he went to work for the first time, his persistence lead him to try harder, and overtime he better understood his work.
“When he would make a mistake we would explain it to him, and he quickly found his feet and followed our instructions,” Raksmey said. “Now he works smoothly and has become an important member of our team.”

Leakena – Veasna’s Sister
“My family and I are very happy that Veasna now has a good job, which allows him not to be discriminated against anymore,” said Veasna’s sister Leakena.
“Before [working at The Mad Monkey] we did not have any hope for him,” she added. “[And] now we always save the money that Veasna sends home every month, and later on we want to run a small business at home for him.”

Personal impact of earning a wage

Veasna has worked at The Mad Monkey for over a year now and makes $140 monthly, which is far more than what an un-skilled worker in Cambodia makes, which can be between $60-$90 per month.
By comparison, if Veasna were working in Chicago, Illinois with a minimum wage of $10 per hour, he would earn $15.60 per hour.
“Now my salary is $140 a month, [and] I send $60 to my parents each month,” Veasna said. “I put $30 into the savings account that The Mad Monkey Hostel in Phnom Penh has opened for me, and I keep $50 a month for my expenses.”
The Mad Monkey also provides Veasna with a basic healthcare and dental plan, and is provided with three meals per day from The Mad Monkey’s kitchen—a benefit that many living on minimum wage in Chicago would not receive, he is also provided with staff accommodation.
Veasna is also afforded free English lessons, and his proficiency is now at a level where he can hold his own in a conversation with The Mad Monkey’s English-speaking guests.
He also gets a salary review every six months, and his salary increases with his experience.
Veasna said he loves his job, and the team at The Mad Monkey love Veasna. Over the past year he has become a core member of The Mad Moneky’s team and has taken part in staff trips to the new Mad Monkey Resort in Koh Rong Samloem and Kampot.

Employing people with disabilities in Cambodia

Employing Veasna has been both a rewarding and pleasant experience for all of our team, and there is nothing more rewarding for us than seeing this young man develop his confidence and his independence, and become a much loved and integrated member of our team.

Employing people with intellectual disabilities is just one way that The Mad Monkey Hostel has a positive impact on its community.
The Mad Monkey also operates a clean water action fund that has financed over 140 clean water projects in Cambodia.
The hostel also operates an education fund that recently sponsored a whole year’s worth of education and care for a class of underprivileged children. The hostel also works with a charity called A New Day Cambodia that provides young adults—who have come from desperately poor backgrounds—with vocational training and employment.
The Mad Monkey also operates an art fund that invests in Cambodian art and cultural charities to help recover the local arts and skills that were nearly obliterated by the Khmer Rouge.
Interested in staying at The Mad Monkey hostels in Phnom Penh, Kampot, Siem Reap and Koh Rong Samloem? Just visit www.madmonkeyhostels.com, where you can also donate the funds you’d use during your stay to support our organizations.