The Gili islands in Indonesia are a haven for sea turtles. The insanely clear water, warm ocean temperatures, and gorgeously colorful coral reefs make for the perfect environment to see these ancient creatures. And luckily, sea turtle spottings are so frequent, you’re nearly guaranteed to see at least one every time you venture into the sea. Gili Trawangan snorkeling is top-notch and a must-do when traveling to these islands. Read on for our guide to snorkeling and swimming with sea turtles!

About the Gili Islands

About an hour and a half boat ride east of Bali are the three Gili islands. These small slices of paradise have been a popular backpacker spot for years, and it’s easy to see why. Gili Trawangan is the most populous island, known for its party vibes and thriving bar scene. All three islands have perfect conditions for water sports including snorkeling, stand up paddle boarding, scuba diving, and even surfing in some areas. For more information about how to get to the Gili islands, go here. For backpacker accommodation options, go here.

Sea turtles have swum the oceans for over 100 million years. These remarkable reptiles can live around 80-100 years and migrate over 1,000 miles. Some can dive to depths of over 1,000 meters and most spend over 90% of their lives in the ocean. When females get pregnant, they return to the same beach they hatched on to lay their own eggs. Some scientists think they’re able to navigate their way back because they can detect the earth’s magnetic field and determine the latitude and longitude of their location. Only around 1 in 1,000 to 1 in 10,000 sea turtles survive to adulthood. Already facing dozens of natural obstacles, all species of sea turtles are now endangered, mostly due to human impact.

All seven species of sea turtles are endangered, and two are critically endangered. Because sea turtles nest on beaches, many of which are now developed, humans have negatively impacted their survival rate. Not only has poaching been a huge threat, but their nesting habitat has been deteriorating and making it incredibly difficult for hatchlings to make it to sea. Light pollution confuses hatchlings, luring them to streets as opposed to into the ocean, and sand gets too packed down from foot traffic. If hatchlings make it to sea (without getting caught by predators), they face a whole array of problems in the ocean.
The biggest threat to sea turtles has been accidental capturing by fisheries. Other threats include plastic pollution in the oceans (surely you’ve all seen the straw video by now — if not, click below), oil spills, chemical runoff, and rising ocean temperatures. Climate change not only affects the sea level and weather patterns, but can disrupt the natural sex ratios of sea turtles. The temperature of the sand where sea turtles are hatched determines the sex; females are mostly born in warmer temperatures (above 85 degrees Fahrenheit) and males are mostly born in cooler temperatures (below 85 degrees). With rising temperatures, more females being born can further decrease the sea turtle population.

What You Can Do To Help Gili Trawangan Sea Turtles

The most important thing to remember when viewing these beauties is NOT to touch them. While sea turtles are friendly animals, they can bite if they feel threatened. Sea turtles are generally solitary animals and do not like being touched. When swimming with them, you should keep your distance and stay at least a couple meters away from them. It’s also important not to crowd them, as they can get distressed and drown because they are too afraid to swim to the surface for air. When swimming in the ocean in general, you should also wear reef-safe sunblock. Normal sunblock has harmful chemicals that affect the reefs and marine animals. You can find reef-safe sunblock at many cafes and shops on Gili Trawangan, including Gili Eco Trust, Kayu Cafe and Pituq Waroeng.
Other easy ways to help sea turtles are to eliminate your usage of single-use plastics. Refuse the straw (or use alternatives like paper, metal, or plants), bring your own shopping bag (plastic bags in the ocean resemble jelly fish, which is the majority of some sea turtles’ diet). don’t use polystyrene or plastic takeaway containers, and avoid purchasing anything wrapped in plastic packaging.

Both green turtles and hawksbill turtles can be found on the Gilis. Green turtles are the most common and eat mostly sea grass, which is why their meat is actually green, giving them their name. The role green sea turtles play on the Gili islands (and everywhere they live) is maintaining the health of the seagrass beds. By grazing on seagrass, sea turtles prevent them from being overgrown and allow other marine animals to thrive there. They essentially increase the nutrient content of the seagrass, which further increases the productivity of the food web. This strengthens the seabeds, which also helps protect the coast from storms and tsunamis.

Hawksbill turtles can be identified by their beak-like noses. You can also tell them apart from green turtles by their uneven, serrated shells. Hawksbill turtles generally feed on marine sponges, which helps coral colonize and thrive on reefs. The cultivation of reefs helps increase the marine diversity where hawksbill sea turtles eat. Their shells are often home to barnacles and algae, which actually feed other animals as well.

Where to Find Sea Turtles on the Gili islands: Turtle Point, Gili Trawangan

There are multiple spots to snorkel or swim with sea turtles on Gili Trawangan. A good place (and our personal favorite) is Turtle Point on the east side of the island. Head north, past where most of the boats are docked, and you’ll hit a stretch of sand dotted with bean bag chairs and umbrellas to lounge under. Multiple signs will indicate you’re where you need to be, “Turtle Point”. There are also numerous places offering snorkel and fin rentals right on the sand for around IDR 25,000 ($1.75 USD) for each. Find a suitable bean bag to plop down on, order an ice-cold coconut, and throw on your snorkel. The water here is usually quite calm and there are plenty of sandy patches, making it easy to make your way out during low tide.
Sea turtles are often in shallow water, just a few meters from the sand. You can find them grazing on the sea grass and soaking in the sun. Depending on how rough the water is, the water might not be as clear closer to shore. The further out you swim, the clearer the water will be. There are days where you can spot turtles from the beach, popping their heads out for a breath of fresh air. Another easy way to spot them is where you see snorkelers congregating. Our favorite way to find them is to rent a stand up paddle board (available for around IDR 50,000/$3.50 USD for the day) and paddle around until you spot them.

Another popular spot to find sea turtles is on the north side of the island. There are also many tour companies that can bring you boating to other turtle spots around the Gilis. 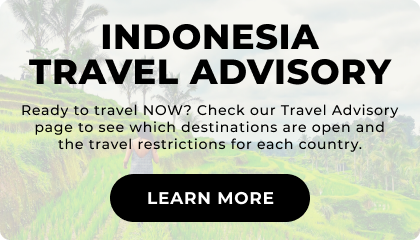 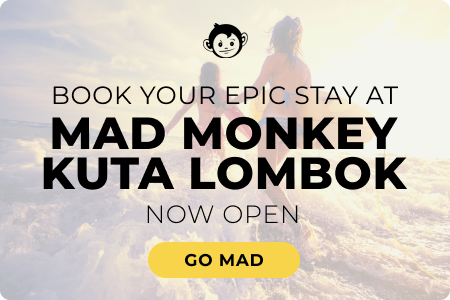