Explore off the Beaten Path in Sydney!

We don’t know about you but when we go to a new place we love to discover what’s below the surface as we think the coolest things are not always the most obvious. So let me guess? You’ve smashed through the Sydney Opera House, Harbour Bridge, Darling Harbour and Bondi Beach and now you’re looking for something a bit edgier.
Want to explore the quirky side of Sydney?  Check out our ‘in the know’ guide to exploring off the beaten path in Sydney so you can head straight to where it’s at. 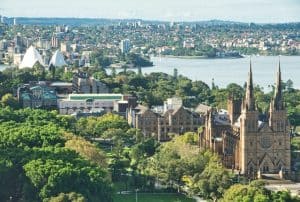 It’s definitely not officially called Birdscage lane but we think the name is far more apt than the real one (Angel Place). Birdscage lane is a small tucked away pedestrian laneway which runs between two of Sydney’s busiest streets – Pitt and George street. Suspended high above the laneway are a huge number of birds cages of varying sizes creating a cool and quirky outdoor art space.
In addition to the suspended cages, sound artwork rises from below in a wave of calls of long-vanished birds. The recordings are from species that all once chirped in central Sydney, and they change along with the time of day to match their natural habits. So morning birds sing in the morning, and nocturnal birds call out at night. Very cool hey! 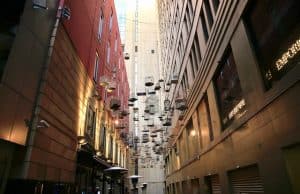 Cockatoo Island is the largest of the islands in Sydney Harbour and has a unique history and heritage. In the 19th century the island was used as a prison as well as a large shipyard where Australian and their allies vessels were serviced during WWII.
Much of it’s heritage can still be felt with many of the historical buildings from the convict era still standing. Other buildings have a deserted feel making for a unique experience while on the island. Overnight accommodation is possible via both camping or timber cottages, both with a great outlook over the harbour.
Cockatoo island is also the home of a lot of pop up art and cultural activity throughout the year so it’s worth checking out to see if anything is happening when you’re visiting. In summertime there are often pop up bars on the waterfront which can have a great vibe for something different.

Newtown is a cultural hub, a hive of activity for the arts and culture and a buzzing nightlife area. The streets are covered in graffiti and full of shops, bars and restaurants serving up hippy stores, record shops, coffee shops, trendy clothing, op shops and everything in between. Not far from Newtown is Carriageworks – an arts and functions precinct which hosts an array of fashion, arts, cultural and other eclectic events across the year. Check out their website for what’s on.

If you want to explore nature and love the Sydney coastline then Parsely Bay is a tucked away little treat for you. Located just a short walk from Watson’s Bay this harbour front cove offers a relaxing and quiet spot for a swim, picnic or just a mooch around.

Ok so you really want to do something completely kooky? Feeling stressed or angry? Or just want to witness some tom foolery? Well the Sydney based team at Maniax have something for you!
In the inner west precinct of St Peter’s not far from the city lights is a warehouse where you can throw axes. Yes, really. At Maniax you can book a private or public axe thowing session to really let off some steam. The session includes individual coaching and target practice, then you can play in a tournament to see who gets ultimate bragging rights. Primal, fun for girls and boys alike.

A pocket of small brewing companies have opened up in Sydney creating an ever changing new brewery scene. The area between Sydenham, Marrickville and Newtown is where it’s at with most breweries located within a 10 min walk away from the next. This also makes it perfect for an organised brewery tour or afternoon excursion with friends. Check out Dave’s Brewery Tours for an organised leg up or enjoy tasting your way through some of the most popular one’s – Young henry’s, Batch brewing, Wayward brewing and Sauce brewing to name a few. 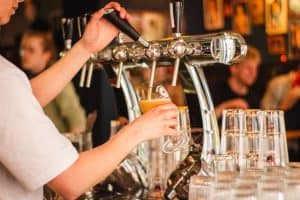 Around the corner from Watson’s Bay, you’ll find one of Sydney’s cutest lighthouses overlooking the calm waters of Camp Cove on the edge of South Head. The lighthouse has incredible views across Sydney Harbour and the city is easily accessible via walking trails from Watsons Bay. 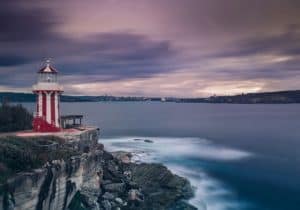 This Sussex Street stalwart has been dishing up some of Sydney’s best Cantonese food since 1990, and it’s open till 4am every single night of the week. This (no frills) little gem is a late night favourite for the hospitality crowd and late night revellers not yet ready to go home. And what’s not to love about way too bright fluorescent lights, live seafood tanks, and delicious Chinese food eaten way too late.

Catmosphere is Sydney’s very own cat cafe – inspired by the quirk and charm of Japanese cat cafes. And these are no ordinary cats – these are space cats or catstronauts!
Gather some friends and book yourself in on one of the available session with the space cats, or there’s also a yoga group available – all of which have the aim to help rescue kittens and cats find new homes.

Home and Away Tour

The Australian TV soap opera Home and Away is an Australian institution and one of Australia’s most best-loved exports – running since 1988 and now one of Australia’s longest running shows.
Home and Away is set in the fictional Summer Bay, and filmed largely in Palm Beach in Sydney’s northern beaches. Head up to Palm Beach for the day and you will no doubt recognise lots of the Summer Bay sights and you may even be there while filming is being done! Palm Beach is an incredible spot for a day trip with lovely beaches and scenery away from the hustle and bustle. 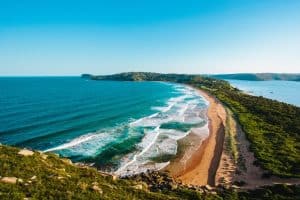 Need a place to stay?
MAD MONKEY COOGEE BEACH
Mad Monkey Coogee Beach is your dream hostel in Sydney to explore the best free things to do in Sydney. We’re located right on the waterfront so just a stone’s throw away from the sand, surf and swimming in Coogee, as well as tons of great bars and restaurants including FNKY MNKY located on the first floor of the hostel.
Our beachside hostel is sparkly clean with super friendly staff available to help with anything you need, and don’t miss the Mad Monkey social atmosphere that we are famous for. Our unique accommodations offer everything from traditional dorms to apartment-style lodging with private living rooms. 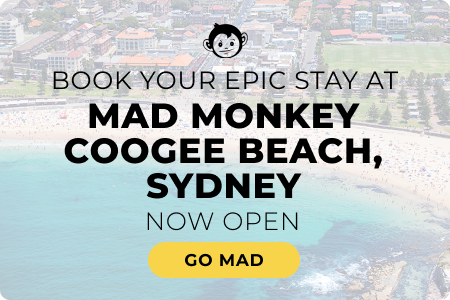