My Favourite Things To Do in Kyoto, Japan

Japan is a country that I’ve clearly fallen in love with (have you read my last post on Japan Travel Tips?) and I spent five glorious weeks of my life there. During that time, I chose Kyoto as my home base – I traveled all over, but always came back to this incredibly quaint and amazing city. I loved it, and I’m so excited to share with you my ultimate list of things to do in Kyoto: 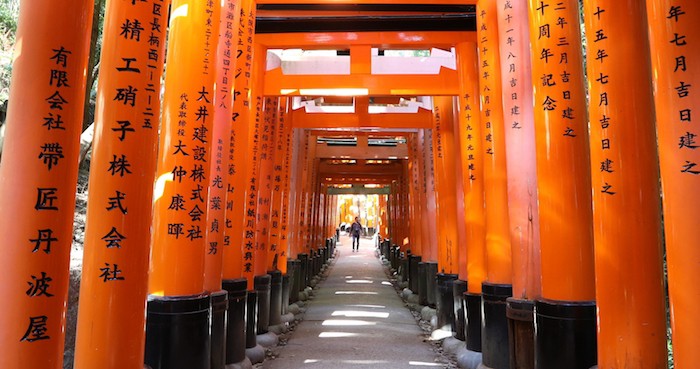 You’ve probably seen countless photos of this – and for good reason. It’s one of the obligatory things to do in Kyoto, and with good reason – it’s freakin’ BEAUTIFUL. It sits at the base of a mountain and walking through/around it is an awesome experience. All of the tori gates (those red thangs) are incredible. There are also a ton of tons of other shrines around it. You can get there by train, bus, or even bike! (Which is what I did).
Pro tip: go either early in the morning or later in the night. It tends to get VERY crowded, but less and less the further you go up the mountain. Give yourself a morning to do it all (took us roughly an hour and a half, including all the tourists we had to get through), then have lunch right outside the gates! Check out the next tip below for more… 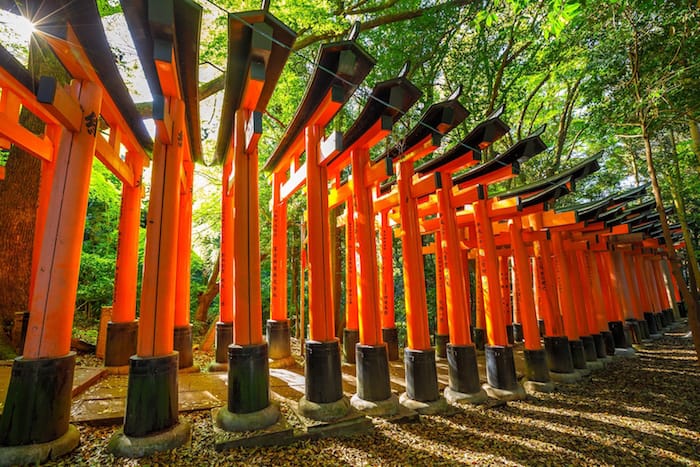 Eat the Street Food Right Outside of the Fushimi Inari Shrine

While the shrine itself is not to be missed, the food right by it gives me sweet, sweet pork dreams. Well…er, ok that sounds weird. But I had the BEST pork belly on the stick there, and it was the best thing to happen to me since bacon. There’s also a ton of other traditional Japanese food to try – and everything is really affordable. Take some cash, take a few friends, and try everything! (And DEFINITELY get the pork belly on a stick, obviously. So. Good. *salivates*) 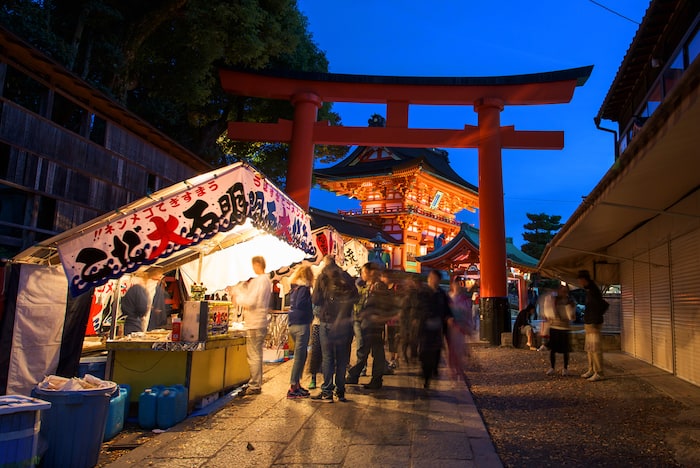 Make Your Own Japanese Sweets (Wagashi!)

Japan is known for its amazing food, but the Japanese LOVE their sweets. All over the city you’ll find incredible desserts, from bubble tea and pastries to cake and Wagashi! What is wagashi, you ask? Wagashi are tiny little confections that are beautifully made, and usually served with tea. They’re made out of this fun sugar paste that kinda feels like you’re playing with Play-doh (Except it’s not sweet and not salty. Also, don’t ask me why I know what Play-doh tastes like. YOU KNOW YOU PUT IT IN YOUR MOUTH AT LEAST ONE TIME AS A CHILD. AND MAYBE EVEN AN ADULT.)
The class lets you create these awesome treats and then you get to eat them with tea! Also, you’ll oogle at how hard it is. The teacher makes it look super easy, but it’s not. I did the one at Kanshundo Confectionary, but there are many around the city and country. (Though this one I would definitely recommend. It was great! It was all in Japanese but the instructor made it easy to follow, though if you’re not as comfortable, maybe search for one that includes an English speaker or a translator.) 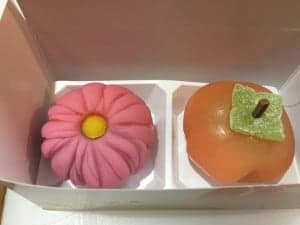 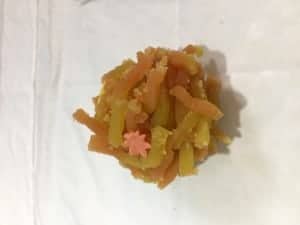 While you’re not allowed to take any photos inside this amazing sacred temple, I can tell you firsthand it’s definitely worth seeing. The temple itself is built on beautiful grounds, and the surroundings alone are worth the visit. Walk around the peaceful outdoor part and get your “ooohhmmmm” on. Inside, prepare to get comfy – you’ll take off your shoes and find 10,000 amazing statues of Buddha, along with various others. Many people can be found here praying, lighting a candle, or simply just paying respects. It’s a sight not to be missed – especially when there aren’t many photos of it – you gotta see it to believe it! 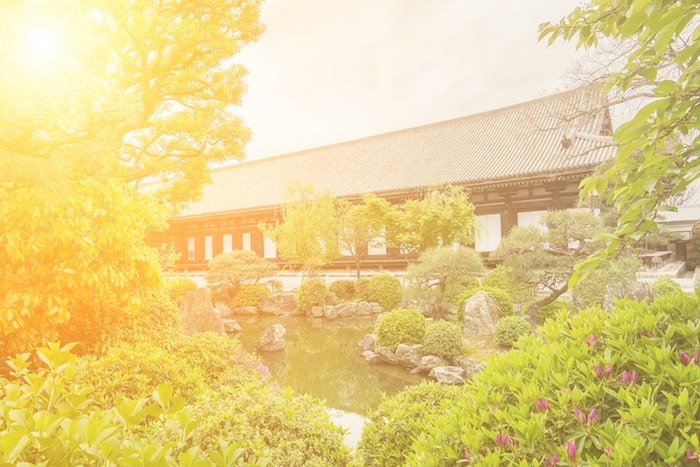 Do you like whiskey? Are you from anywhere other than Japan? You will most definitely LOVE Japanese whiskey. Super dedicated to their craft, Suntory was one of the original Japanese whiskeys. The distillery itself is stunning and just a short 20 minute ride from Kyoto. It’s also in a super cute town. Plan a guided tour or simply visit on your own, but don’t miss the whiskey tasting at the end – they’ve got some of the best whiskeys in the world available to taste for a VERY small amount of money. Some are even special just to the distillery! Plus, you’ll get a great little buzz going with which to continue your day adventuring! 😉 Get more info here. 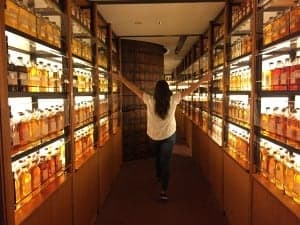 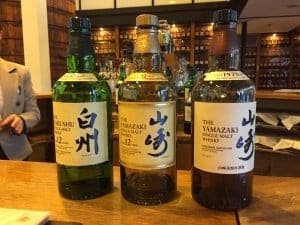 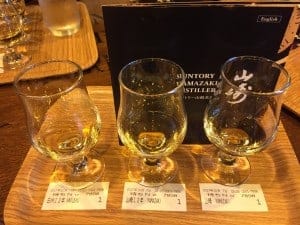 If you like hiking and nature but are short on time, this mountain is the perfect place to see the city and get in a little cardio. It takes less than an hour and has one of the best views you’ll see of super-flat Kyoto. While many Japanese people hike this as often as daily for their workout, it’s a little harder than people make it out to be (especially if you went whiskey-tasting beforehand, PHEW!) But it is wooorthhhh ittttt! Check out these views: 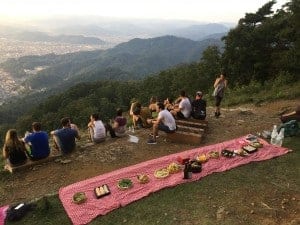 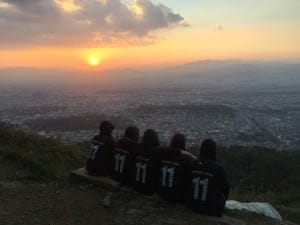 Eat the Fluffiest, Best Pancakes of Your Life

This is one of the things to do in Kyoto that took me by surprise. For some reason, pancakes are a thing in Japan and I never knew it. With their love of dessert and bread and….well, just carbs in general, it didn’t really surprise me. I stumbled upon a place called Gram that is apparently famous for these “special pancakes”, and tbh I’ve never been the same. They’re SO FLUFFY and SO GOOD. I can’t eat pancakes anywhere else now without saying, “they’re okay, but they’re nothing compared to this place I went in Japan…” Does it sound pretentious? Yes. Do I care that I’m now the proudest pancake eater there ever was? Heck to the no. There are a few locations – check them out here. 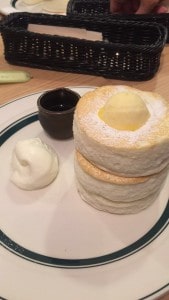 When I first visited Japan, I expected to eat sushi 24/7. I mean, that was the epitome of Japanese food, in my opinion. And yet, I had no idea how much other food there was. (I even dedicated one of my personal blogs to JUST PICTURES OF THE AMAZING JAPANESE FOOD I ATE. Hint: barely any of it was sushi.) But of course, sushi does have a special place in my heart still, and I was super pumped to be able to take a class in the privacy of a local’s home. We learned so much and got to eat delicious sushi afterward (even if my roll looked kinda funky. It still tasted goooood.) My reco would be to search for your own class and enroll! 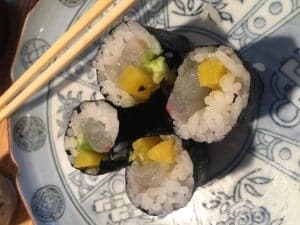 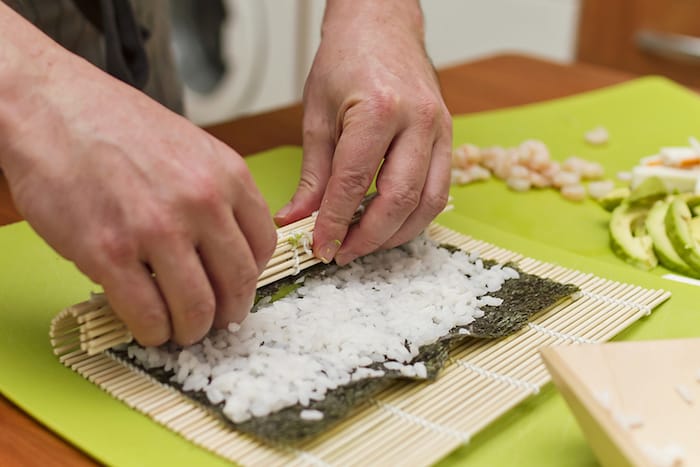 Visit the Imperial Palace (and take the FREE TOUR!)

If you’re lucky enough to visit Kyoto in one of the warmer seasons, I would definitely make it to the Imperial Palace. It’s where the Imperial Family lived until 1868, before the emperor and capital were moved from Kyoto to Tokyo. It’s actually been reconstructed due to fires, but it holds several breathtaking views, as it’s placed smack in the middle of an amazing park. Walk around, take some photos, and take the tour, which is given at different times throughout the day (for FREE!) Get more info here. 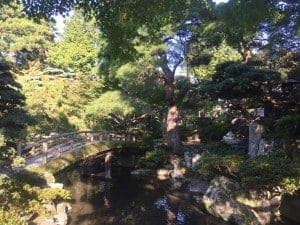 If you’ve never seen a geisha in real life, you’re missing out. But if you’ve never seen one do a traditional dance, you need to put it on your list! Incredibly graceful and mesmirizing, this geisha show at the performing arts center in Kyoto (Miyagawa-cho Kaburen-jo) was SO COOL to see in real life. They don’t allow any photos or videos to be taken which, again, keeps the mystery-levels HIGH. But it’s definitely something that you won’t see anywhere else, and since Kyoto is the cultural hub of Japan, you should do it here. Get the details here. PS, the photo below is from a program, DON’T PUNISH ME, JAPAN! 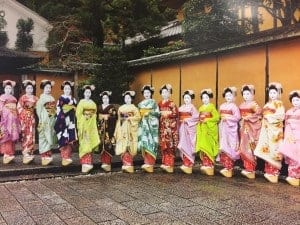 Take the train! Better yet – Get a Japan Rail Pass (JR Pass) and go EVERYWHERE!

Kyoto is amazing and there is TONS to see, but Japan is a country that should be explored – and to do that, you should take the trains. The JR pass is a special pass you can buy as a tourist that will let you get around the ENTIRE COUNTRY at a fraction of the cost. Depending on how long you’ll be in Japan, you have the option of choosing a 7-day, 14-day, or 21-day pass. It’s important to get this before you enter Japan, as it’s only available to TOURISTS. The price is so low that the Japanese aren’t even offered it! Plus, the trains in Japan are considered among the safest way to travel in the world – there has never, ever been any sort of train accident since they’ve existed. Get on, enjoy the ride, and go all over the place! You’ll especially want to if you’re ready for some of our other articles coming up – hint: you can’t miss Tokyo. 😉 I find this article really helpful when comparing the options!
If you’re headed to Japan, Kyoto has got to be a stopping point for you. While it’s not the craziest place there is, it has a certain charm that is unique to this part of the country. It’s quiet, yet efficient; relaxed, yet chaotic. It’s got SO much history and culture, and the people are even friendlier than those I’ve encountered in my home state of Texas in the US. If you’re ready for more Japan tips, keep up with our blog! Next on the list is the VERY crazy: Tokyo! 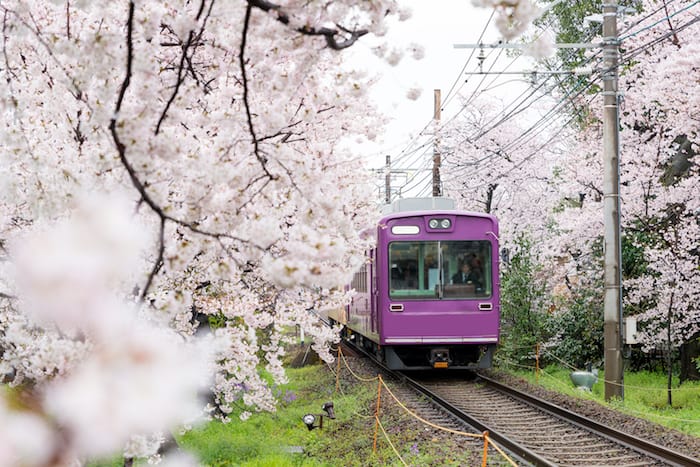 More Things To Do In Kyoto

If this list got your trip-planning wheels spinning and you’re eager for more, check out some of the blogs below. We recommend their travel tips and general #travelinspo vibes: 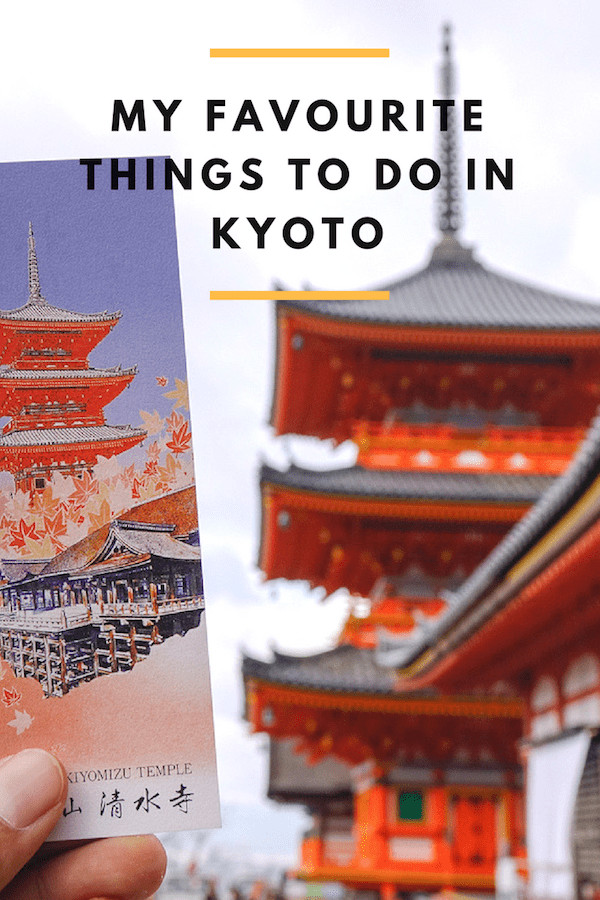